The Consumer Product Safety Commission, in cooperation with Infantino, LLC, issued a recall on March 24, 2010 of two models of baby slings that have caused at least three infants to fatally suffocate. 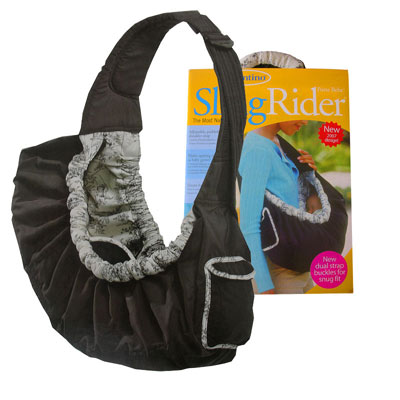 The models – “SlingRider” and “Wendy Bellissimo” – were sold from January 2003 through March 2010 at Walmart, Burlington Coat Factory, Target, Babies “R” US, BJ’s Wholesale and other retailers.
The slings pose two distinct risks of suffocation to infants who are carried in them. Some infants may suffocate when the sling curls the baby’s body, bending the baby’s chin to her chest, thus constricting the baby’s airway. Additionally, a baby whose mouth or nose is pressed up against the sling’s fabric may be unable to breathe.
Parents should immediately discontinue using the baby sling and make sure that it is not re-sold or given to others. Thank you to personal injury lawyer Bob Kraft for alerting me to this serious recall.

If your child has been injured by a defective baby sling, or other dangerous product, and requires the services of a Boston products liability lawyer, call The Law Office of Alan H. Crede at (617)973-6434 to arrange a free in-person consultation.