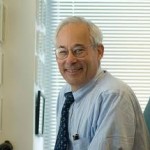 Last week, Dr. Donald Berwick resigned as the acting head of the Center for Medicare and Medicaid Services (CMS) after it became obvious that his formal appointment to the position would never be put to a vote in the Senate and, if it were, Senate Republicans would vote him down.

As blogger Harold Pollack points out, Berwick is just one of a string of eminently qualified people whom Republicans in office have prevented from being appointed. Some of the other notable figures whose appointments have been blocked by Senate Republicans include Elizabeth Warren and Peter Diamond.

As blogger/physician Bill Gardner notes in a post entitled “Don Berwick And The Lives Not Saved,” the blocking of Dr. Berwick’s nomination is far more consequential than the kaiboshing of Warren and Diamond’s nominations inasmuch as lives will likely be lost due to the failure to confirm Berwick.

What was Berwick’s crime? Among other things, he has been an outspoken advocate of patient safety. He was a coauthor of the landmark Institute of Medicine report “To Err Is Human,” which estimated that preventable medical errors kill 98,000 Americans each year.

Berwick’s radical program, had he been appointed head of CMS would have included a renewed focus on preventing central line infections, preventing surgical site infections and preventing ventilator-associated pneumonia.

But apparently Berwick’s background and qualifications did not square with the Republican narrative that trial lawyers, rather than doctors, are the problem with medical malpractice and that the “free market” is best method for delivering health care services.

People like Dr. Berwick make tremendous personal sacrifices to involve themselves in the political process, often relocating their family to Washington, D.C., surrendering privacy and the financial and other rewards of work in the private sector. They should be appointed or rejected on the basis of their qualifications, not reduced to being political footballs.