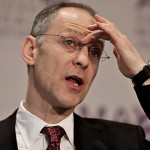 Dr. Ezekiel Emanuel (brother of Rahm and Ari) had an op-ed in last week’s New York Times that hammered home how big you really have to think if you want to stabilize health care costs. As Emanuel pointed out, lots of conservatives and liberals have their own pet ideas for how to rein in the cost of health care. But most of these ideas are too small to really make a dent in health care spending.

By this criterion, $250,000 caps on damages in medical malpractice fail the test. As Emanuel notes, caps on medical malpractice damages would only save at most $11 billion a year. And they might even lead to higher health care costs as doctors become more careless. (Gee whiz, given that avoidable medical errors are our sixth-leading cause of death, do you think so?).

I thought Emanuel’s op-ed made a lot of sense but one thing that surprised me was the disparaging tone he took toward the idea of identifying “million dollar babies” (patients whose health care tabs run into the millions of dollars). Emanuel seemed to suggest that once we identify the “million dollar babies,” there’s no way to reduce spending on them, other than cutting them off from more health care services. Have you heard of hotspotting, Zeke? Maybe that’s worth a shot.