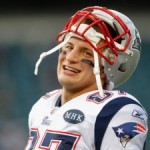 Most New Englanders can recite half the names on the roster of the Super Bowl-bound Patriots. But most  New Englanders, myself included, would be hard-pressed to identify Dr. Mary Ellen Avery. And that is a travesty.

Dr. Avery’s life, and passing, came to my attention several weeks ago in her obituary in The New York Times. Dr. Avery was the first female head of pediatrics at Children’s Hospital in Boston, a distinction that is remarkable enough in itself. But Dr. Avery’s true legacy is as savior of over 800,000 newborns’ lives.

Up until the late 1960s, tens of thousands of babies died each year of respiratory distress syndrome. The newborns would be unable to breath and would foam at their mouths before dying. Autopsies would reveal a glassiness to the babies’ lungs.

Dr. Avery’s research of respiratory distress syndrome led to the discovery that it was caused by an absence of a surfactant which coats the lungs of healthy infants and adults. Dr. Avery then helped to develop a synthetic lung surfactant that could be used to coat the lungs of newborns until their bodies learned to manufacture surfactant of their own.

We should celebrate the accomplishments of researchers like Dr. Avery as much as we celebrate the pigskin feats of people like Rob (“Yo soy fiesta”) Gronkowski.