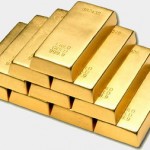 Dr. Robert Donnell, blogging at KevinMD.com, authored a post over at Kevin.MD the other day entitled, “Judging A Guideline Just By Financial Interest Is Intellectually Lazy.”

The post was in response to recent investigative journalism criticisms centering around the fact that that medical societies responsible for authoring treatment guidelines often have a financial stake in their recommendations. For an introduction to some of the investigative journalism on this topic, you can check out ProPublica’s work here on the financial ties between the National Lipid Association and the pharmaceutical industry.

Dr. Donnell thinks the journalists and others who have attacked guidelines based on the financial interests of research authors, etc., are “intellectually lazy.” Dr. Donnell thinks the criticisms of guidelines that point to the financial interests of medical societies and individual researchers also represent a logical fallacy. Donnell writes that these attacks are, “an ad hominem attack (and therefore fallacious) because virtually all of the criticisms of guidelines that have been written are based not on the science or the [journal articles] referenced in the guidelines but on the company they keep.”

Dr. Donnell may be right that a lot of the investigative journalism pieces may not engage with the science; they may simply point to sinister-seeming associations between drug and medical device companies and the illustrious doctors who promulgate the guidelines.

So what does the science say? Is there any scientific, empirical basis for finding a research study or clinical trial to be less trustworthy based on the fact that it was financed by a drug company? The answer is: YES.

For a great starting point, check out an article published by the prestigious British Medical Journal entitled, “Pharmaceutical Industry Sponsorship And Research Outcome And Quality:  A Systematic Overview,” which you can check out here. The authors of the BMJ article found that studies funded by a pharmaceutical company were four hundred percent more likely to give results that were favorable to the drug company than independent studies.

Oftentimes it’s difficult to discern how drug industry funding is influencing the methodology or results of scientific studies. You can read the “primary sources,” as Dr. Donnell, argues and engage with the science on its own merits and still not uncover anything askew, anything scientifically unsound. But nevertheless, there’s no getting around a brute empirical fact:  Scientific research funded by Big Pharma, for whatever reason, produces results that are biased in favor of the drug companies.That’s not ad hominem attack, that’s not casting aspersions on anyone’s integrity — that’s a scientific fact.

Examples of the empirical tendency for drug company-funded research to favor the drug companies’ own product abound. One fascinating meta-analysis compared the results of fifty-six different drug company-funded studies of painkillers. In each of the fifty-six studies, the painkiller marketed by the Big Pharma sponsor funding the study came in first place. How can all of fifty-six different drugs be better than each other? Answer: They can’t. The study authors’ financial ties presumably influenced their work. (You can engage with the science of that study by clicking here).

Rather than being illogical or ignorant, assuming that someone’s financial incentives influence his actions is a basic principle of social science. Rule Number 4 of Harvard Professor Gregory Mankiw’s “Ten Principles of Economics” is “People respond to incentives.” Automatically discounting (to a certain degree) the findings of research studies, where the study has a financial motive is a sensible and reliable heuristic device for people who don’t have the time or the abilities to dive into the research firsthand.

Should you engage with the research studies firsthand if you are able to do so? By all means. But as some of the studies cited above illustrate, there are scientific reasons for viewing their results skeptically.